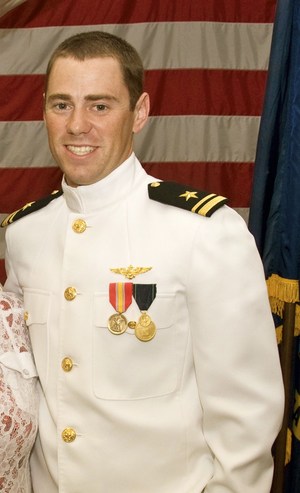 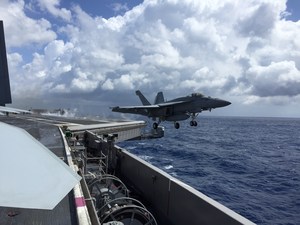 After graduating from Calvary Chapel High School in 2007, I graduated from Westminster College in Salt Lake City, UT, with a B.S. in Flight Operations in 2011.  Upon graduating from pilot training as a Naval Aviator in 2013, I was assigned as a F/A-18E Super Hornet pilot and completed my Fleet Replacement training with VFA-122 in Lemoore, CA. Following this training, I received orders to the Sidewinders of VFA-86, completing a workup cycle and deploying on the USS Dwight D. Eisenhower in support of Operation Inherent Resolve for 7 months. I have accumulated over 1300 hours of flight time in multiple airframes and have flown numerous combat missions over Iraq and Syria. I am currently stationed in Lemoore, CA.

Professional life aside, the thing I love most about the military is that I have the opportunity to serve as a missionary to the lost within this small and prestigious group. I have seen souls saved by the power of Jesus Christ and that is what excites me most about my job. Combine that with being able to serve my wife and daughter, I am a happy camper.